Lets rename a folder of annoying Twitter .jpg-orig files to what they should be–and lets do it in less than five seconds!

In the GIF at the top, you can see an entire folder get renamed seemingly instantly. What’s happening here is the handywork of a little Emacs tool called “Dired”, Emacs’ built-in file manager.

Now, Emacs having a built-in-file manager is about as surprising as the ocean being wet, but it has some really cool features that are a lot less obvious. The one we are interested in is the part where Dired allows you to edit folders as if they were text files!

Because of this, all I did above was simply find and replace “-orig” with nothing, then save. Simple as that!

How can I do this too?

In Emacs, C-x C-f 1 lets you open files and folders… And when you open a folder, you are placed in “Dired”; the mode you saw me use above. 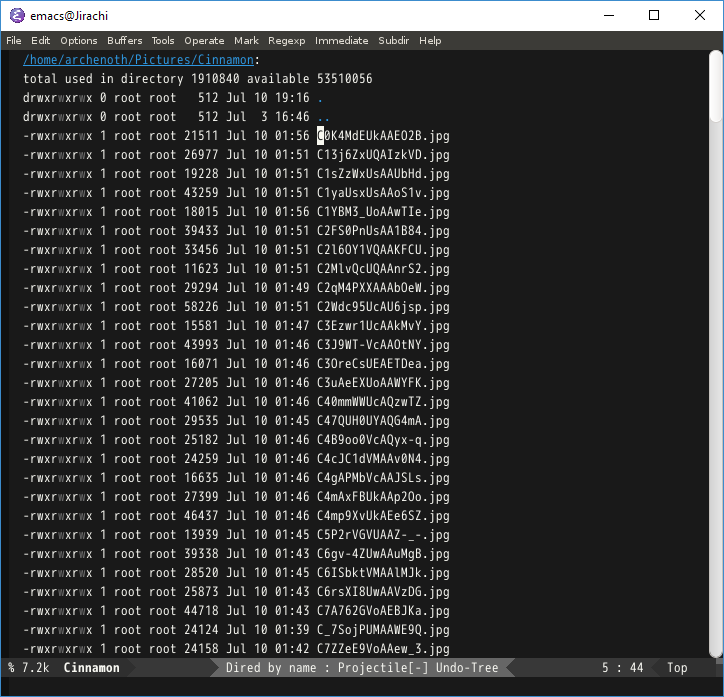 By default, Dired is read-only to stop you from making sweeping changes to your folders (Imagine running across this without knowing what you’re doing!), but you can turn that off with C-x C-q, allowing you to perform all kinds of magic.

When you do this, it indicates so in the bottom line. 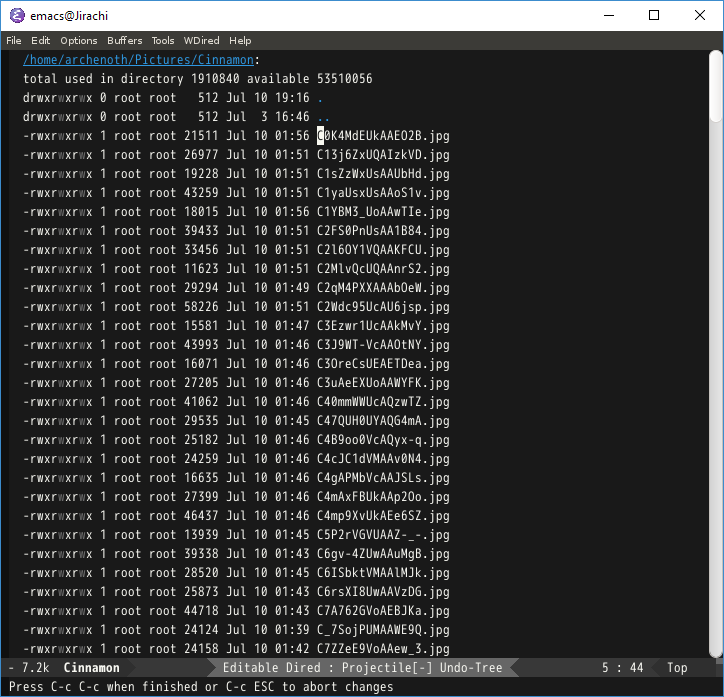 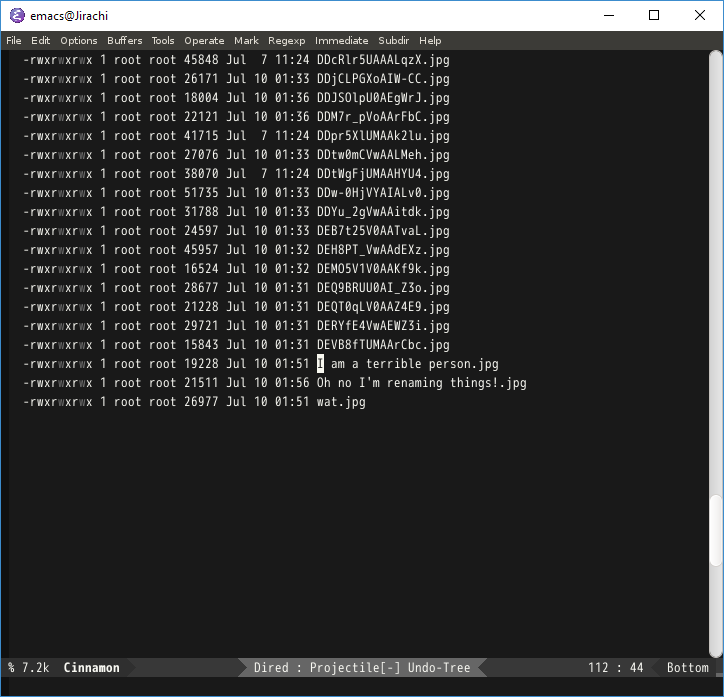 …and that’s it! Now you wield the power of mass-renaming!